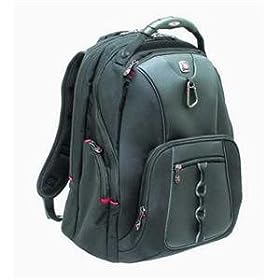 I did not own any knights Templar-related merchandize prior to the purchase of a Swiss Gear Marlet backpack. Seriously, the makers of the Original Swiss Army Knife manufacture products that no self-respecting Knight Templar would ever refuse to don. The red crosses are everywhere! The list price is over $80 and that reflects the quality and excellent features of this backpack. Primarily, these packs are meant for IT professionals on the go, because they have a very nicely padded compartment for a laptop. The Marlet is the smallest backpack in the series, and it is a superb choice even if you don’t plan to carry a computer in it all the time.

The fact that I bring up the Templar connection (apart from the red crosses) is due to a rather enticing (in my opinion) theory that when the Templar Order was disbanded a great deal of its resources where channeled into the area now known as Switzerland. Hence we have this very militaristic, multinational and multilingual confederation that uses the Templar cross as a symbol of some of its cantons. I hope to write much more on this subject, because after some research I have a great deal of interesting evidence that was enough to make a skeptic, such as myself, believe that there may be something valid in this theory.