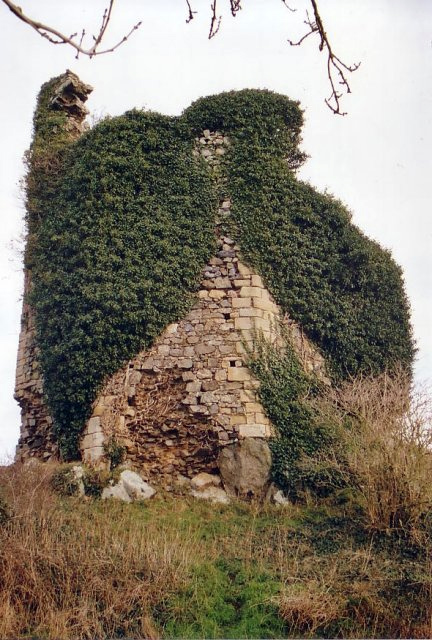 The tower of Montbran in Pléboulle (Brittany) marks the location of a former Knights Templar preceptory. This structure is 10 meters high and follows an unusual plan: it is octagonal on the outside and circular on the inside. Annual fairs used to be held in the vicinity and the tower helped the Order maintain an imposing presence at a viable center of commerce.

A rather strange legend exists in connection with this tower. It is most definitely from a later time and appears to be heavily influenced by medieval folk tales, very representative of how the Knights Templar were often misunderstood and misinterpreted. They say that a Knight Templar captured a certain princess and brought her to live in the castle in Brittany. The noble female was placed in the tower of Montbran where she soon died from being sad and homesick. Before burying the body, the grieving Templar cut off the girl’s hand. He kept this macabre souvenir of love until his death, upon which the hand was placed in the grave with him. Supposedly, every year on the anniversary of the princess’ death her phantom comes to the preceptory’s graveyard, and in vain tries to reclaim her hand.