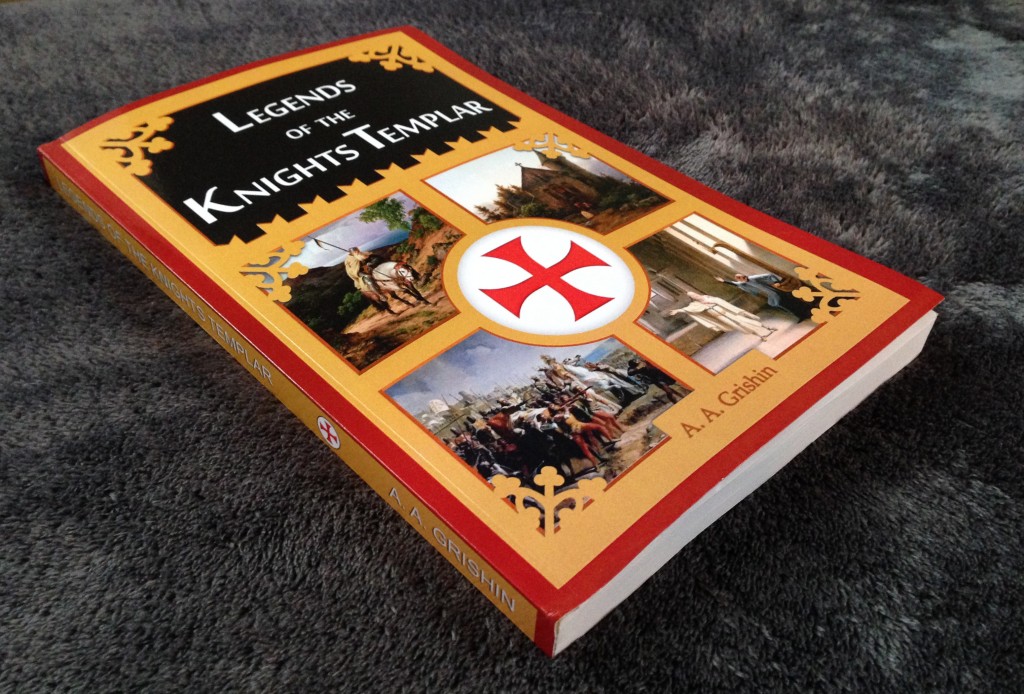 Legends of the Knights Templar (hardcover)

The Order of the Knights Templar, founded in the aftermath of the First Crusade, was one of the most powerful organizations in history. Only after European rulers lost much of their resolve to keep Palestine under Christian control the Order suffered a dramatic downfall initiated by King Philip IV of France. In every region of the world where the piebald flag of the Knights Templar once flew above castles and houses there are myths and curious accounts of those ancient times. England, Scotland, Ireland, France, Spain, Portugal, Israel, Egypt, Switzerland, Italy, Germany, Poland, Czech Republic—all these lands have their own stories to tell. The new book by A. A. Grishin combines the most fascinating stories ranging from mainstream historic narratives to local folklore, highlighting the Templars’ valor and influence, as well as popular beliefs in their mystic knowledge, cruelty and macabre transgressions. Many of these legends have never been published in English.

From the Back Cover

This book is a treasure for any history lover who enjoys seeing the past come to life in all its vivid, gory, and glorious detail.

—Michael Rank, author of “The Crusades and the Soldiers of the Cross“

“Legends of the Knights Templar” by A. A. Grishin is a remarkable collection of history, folklore and literary works drawn from often obscure sources in French, Spanish, Italian, German, Polish, Czech and Latin, many of them never before published in English. Grishin’s book is a wonderful cabinet of curiosities that will inform and delight anyone eager for fresh and startling material on the Templars.

—Michael Haag, author of “The Templars”