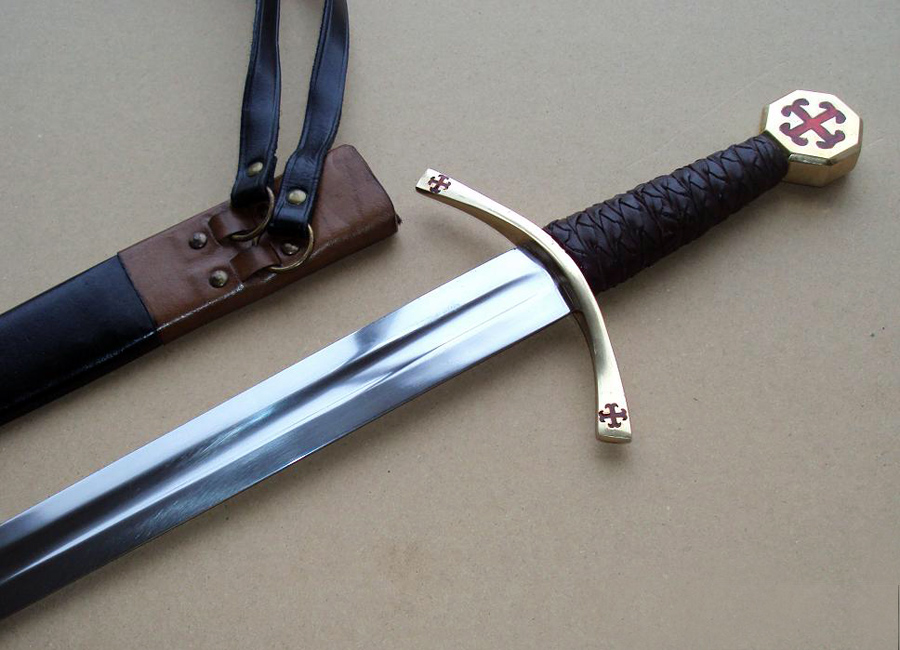 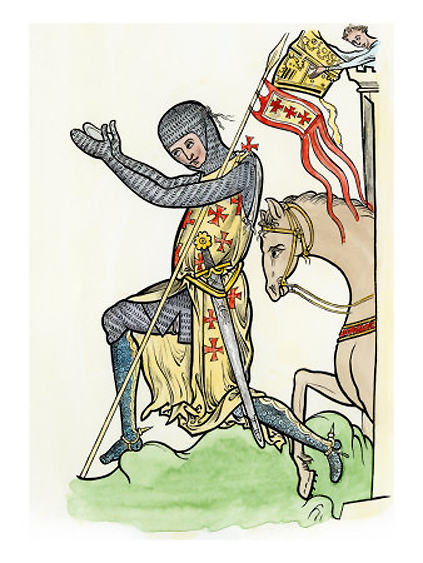 Before engaging in battles, the Knights Templar responded to the sound of the trumpet by singing the psalm containing the Order’s famous motto: Non nobis, Domine, non nobis, sed nomini Tuo da gloriam (‘Not unto us, O Lord, not unto us, but to Thy name give glory’). This battle hymn would be often followed by a full-scale cavalry charge, the most impressive display of force known in the Middle Ages.

It is likely that the Knights rarely had the time to sing the entire Psalm. But it is also worth mentioning that the division of chapters in the book of Psalms during that time was different from what you will normally encounter in a modern Bible. As a result, simply looking at the text of KJV or NIV might be confusing. In modern editions the Templar motto begins Psalm 115. In actuality, the complete battle hymn probably resembled what we see in medieval manuscripts. The two texts, now known as Psalm 114 and Psalm 115, were combined into a single Psalm, now identified as Psalm 113  in the Vulgate (the commonly used text of the Latin Bible). This Psalm begins with the words In exitu Israhel de Aegypto (‘When Israel went out of Egypt’). The entire congregation would typically kneel during this phrase.

END_OF_DOCUMENT_TOKEN_TO_BE_REPLACED 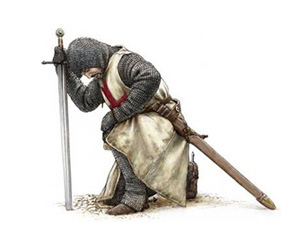 The Vatican has for the first time published the prayer the Knights Templar composed when “unjustly imprisoned”, in which they appealed to the Virgin Mary to persuade “our enemies” to abandon “calumnies and lies” and revert to “truth and charity”.

L’Osservatore Romano, the Vatican newspaper, said the prayer was further proof that the order, which was dissolved in the fourteenth century, was not heretical. The knights were innocent of the charges against them, which included the accusation that they worshipped idols such as a “monstrous statue, half man and half goat”.

The L’Osservatore Romano article, by Barbara Frale, the Vatican Secret Archives scholar who has made a special study of the knights, said it was untrue that the knights were guilty of “decadence, heresy and immoral practices”.

This document has been already published before. I recovered the shortened version of the original Latin text from a 19th century edition, “Les Templiers” tragedy by François-Just-Marie Raynouard (1761-1836). It is somewhat puzzling in a few places, and I don’t know the actual source of this prayer. Anyway, here it is (followed by a translation):

May the grace of the Holy Spirit be present with us. May Mary, Star of the Sea, lead us to the harbor of salvation. Amen.

Lord Jesus Christ, Holy Father, eternal God, omnipotent, omniscient Creator, Bestower, kind Ruler and most tender lover, pious and humble Redeemer; gentle, merciful Savior, Lord! I humbly beseech The and implore Thee that Thou may enlighten me, free me and preserve the brothers of the Temple and all Thy Christian people, troubled as they are.

Thou, O Lord, Who knowest that we are innocent, set us free that we may keep our vows and your commandments in humility, and serve Thee and act according to Thy will. (Dispel) all those unjust reproaches, far from the truth, heaped upon us by the means of tough adversities, great tribulations and temptations, which we have endured, but can endure no longer.

Omnipotent, eternal God, who hast so loved the blessed John the Evangelist and Apostle, that he reclined upon Thy bosom at the Last Supper, and to whom Thou revealed and showed the Mysteries of Heaven, and to whom, while suspended on the Holy Cross, for the sake of our redemption, Thou commended Thy most Holy Mother and Virgin, and in whose honor (our) Order was created and instituted; through Thy Holy mercifulness, deliver us and preserve us, as Thou knowest that we are innocent of the crimes that we are accused of, so that we may take possession of the works, by which we may be guided to the joys of Paradise, through Jesus Christ our Lord. Amen.

If you are interested in Templar spirituality, take a look at Salve Regina, chant of the Templars.