If you do a significant amount of research on the Knights Templar for any reason (i.e. historical reconstruction, scholarly work, fiction and non-fiction writing) it helps to have a few well-organized volumes that can quickly provide an answer to whatever questions that might come up. Although there are very good reference works that cover the Middle Ages in general and the Crusades in particular we are fortunate to have specialized encyclopedias that cover every aspect of the Knights Templar history and lore. I have four such reference books and I’m going to offer my opinion about their strengths and weaknesses. These editions are listed here in the order in which I acquired them. 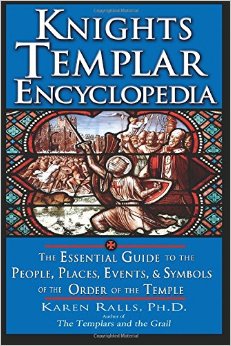 This book is the smallest of the four. It offers a good amount of information, however there are relatively few articles dedicated to individual people, events and places. Fortunately, the book contains a very comprehensive index.

Karen Ralls is one of the few researchers with academic credentials who display a fair amount of interest in areas considered “fringe” by mainstream historians. The selection of materials in this encyclopedia reflects this aspect of Dr. Ralls’ expertise. For instance, this book treats with considerable depth such topics as sacred architecture, “Black Madonnas” and Rosslyn Chapel. 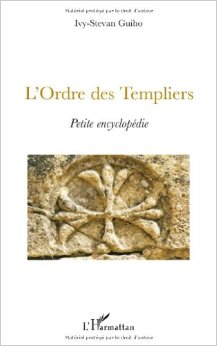 This volume is not as small as the title might lead you to believe. The book is written by a French enthusiast who became interested in the Knights Templar a few decades ago and has never lost the original fervor. This encyclopedia may lack an academic approach, but it is quite exhaustive, especially when it comes to Templar-related sites in France. The author has done a great deal of research, using many obscure books. Unfortunately, the volume’s apparatus omits bibliographic data for most of these publications, which makes further research very difficult. I found this book to be a great entry point for French folklore featuring the Knights Templar. 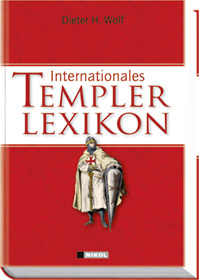 This encyclopedia is probably best organized out of the four books reviewed here. Even if you don’t know German it may be useful for its cross references. This book actually approaches the level of an entry-level encyclopedia of the High Middle Ages and includes locales and personalities with a slightest angle that pertains to the Knights Templar. However, the articles are not always well researched. For instance, it is known to most Templar researchers that the term abacus (German Abakus) is an erroneous term for the Grand Master’s staff (instead of baculus), introduced by Sir Walter Scott in his historical novel Ivanhoe. This Lexicon, however, fails to mention this fact, leaving the reader in full faith that the word is an authentic medieval term for the object (the author gets credit for providing the actual meaning of abacus, a primitive computing device). 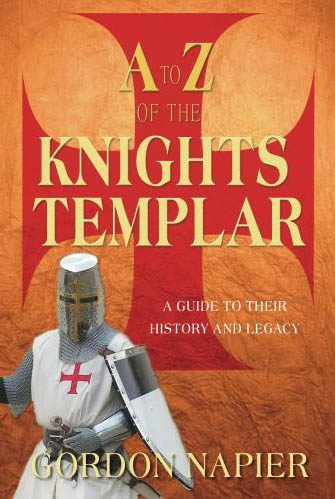 Gordon Napier, A to Z of the Knights Templar: A Guide to Their History and Legacy

Gordon Napier has explored the history of the Knights Templar as a non-fiction writer and a graphic artist. If I had to name a single reference book on the subject this volume would have been my choice. “A to Z” features a wide selection of entries, thoroughly researched. I believe even a seasoned reader of Templar-related materials will be able to find a few new facts and bits of research. This book has been recently reprinted in a pocketbook format.