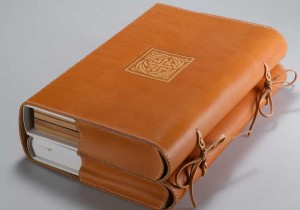 The Chinon Parchment, the most important document published in Processus Contra Templarios, has now been made available at a much more reasonable cost in this edition (along with other previously untranslated sources):

When “Processus contra Templarios” was published in 2007 it created quite a splash in the news. It is quite likely that the contents of this two volume set of facsimile documents with transcripts, translations and commentaries were misunderstood. Contrary to what many people at the time thought, it did not present any ground breaking information about the trial of the Knights Templar.  However, some of the documents that were published in this edition had not been easily accessible previously: such as the contents of Register Avignonese 48 where some of the records pertaining to the trial were misfiled.

The gist of this entire collection of documents is that Pope Clement V carried out his own investigation regarding the possible guilt of the Knights Templar. Preliminary results allowed him to grant absolution to many individual members of the Order, including some high ranking officials. The real value of this publication is in providing a conclusive record of papal examinations and presenting all of the existing relevant documents as a whole. Given this objective, a facsimile edition was probably the right thing to do. However, the cost of the two volumes (close to 6,000 euros) made them somewhat inaccessible. The few libraries that own a copy of the set keep it in their special depositories for rare and valuable books. The impact of  “Processus contra Templarios”  on modern scholarship has thus been minimized. It is difficult to say whether that was by design or by choice. 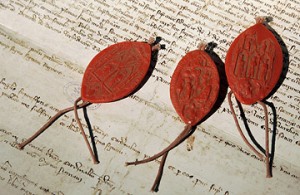 The actual edition is, of course, very nice. A bit too heavy to handle, it is exquisitely crafted using the best materials Italy has to offer. Facsimiles of medieval parchments have a genuine feel to them. The cost of producing them must have been considerable. I would estimate that the price of manufacturing a single set was over $900. There is, however, one serious flaw, in my opinion, that brought down the entire effort down a notch. The text was not well edited. After spending only an hour working with the edition I discovered 3 typos. Keep in mind that I am not a trained proof reader! Take a look at this phrase from one of the articles that accompany the original documents (the text is by B. Frale, who believes that the accusations against the Knights Templar were based on their actual practices that were implemented as part hazing, part test of loyalty to the Order): “The ritual of the three kisses (on the mouth, on the naval and on the buttocks) epitomised the humiliation the senior brothers felt authorised to inflict on the younger ones.” Did you catch the typo? If you did not, don’t worry. Nobody who was responsible for editing the text did. And word processors are not always reliable.

I am well aware that typos are nearly impossible to avoid. We are all human, after all. However, if you purchase a book for $9,000 would you expect to see somewhat higher standards? Still, if you can swing that much money, go ahead and buy a copy on eBay or some place like that… But I may have to wait for a paperback. Hopefully the typos will be fixed!