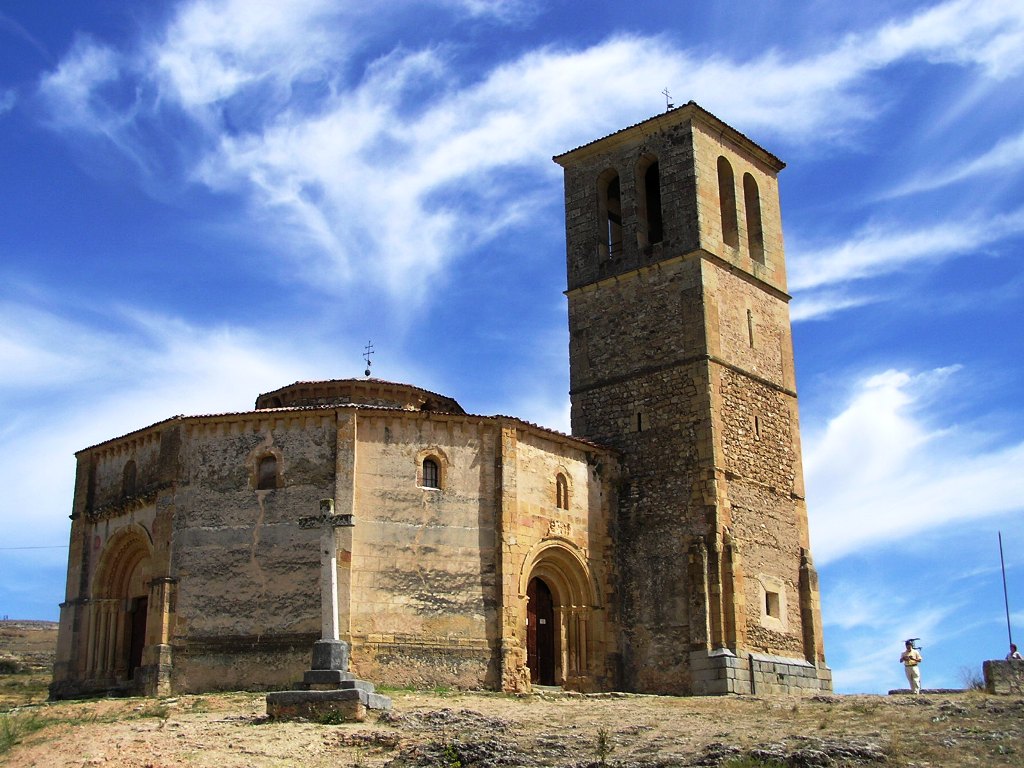 This medieval Spanish legend explains the origins of the Church of Vera Cruz in Segovia.

The Grand Master of the Knights Templar was once captured by the Sultan of Alexandria. The Sultan wanted to demonstrate the Saracens’ respect towards the Templars and perhaps make Islam more appealing to the Grand Master, so he invited the Christian knight to a banquet celebrating the recent victory over the Crusaders. During the feast it did not escape the Sultan’s notice that the Grand Master remained sorrowful. In an attempt to cheer him up, the Sultan offered him to choose any object among the trophies captured from the Christians, saying that this would be a pledge of friendship between the two, regardless of what came to pass later.

The Grand Master agreed. When he was shown a collection of gems, jewelry and relics he immediately pointed a piece of the True Cross on which Jesus Christ was crucified. Its encasement shone brighter than any other object. The Sultan nodded. He personally went to get the True Cross in order to give it to his guest. As he approached the pile of booty a beautiful communion chalice caught his attention and he also took it for himself. When the Sultan ordered to fill the cup with a refreshing drink the Templar warned him that desecrating this holy vessel would not go unpunished. The Sultan was not convinced by this argument. Suddenly the Grand Master got another idea. He suggested to the Sultan to touch the chalice with the True Cross before drinking from it, thus creating protection from divine wrath. The Muslim ruler reluctantly agreed, but as soon as the cross touched the chalice the drink inside it turned into wine, which his religion made it unlawful to drink. At first the Sultan was impressed by this miracle, but after the same process repeated multiple times he began to sense that his faith was being mocked. He abandoned his previous kind disposition towards the Grand Master and ordered his men to pour molten gold into the chalice and give it to the Templar to drink. Would gold be also turned into wine?

But the Lord did not permit such treatment of His holy relics. The moment when the Sultan’s soldiers seized the sacred objects and detained the Templar an even greater miracle happened. The Grand Master, the True Cross, and the chalice along with three guards disappeared in thin air. The suddenly reappeared a great distance away at the Church of Our Lady in Maderuelo in front of many Knights Templar who were gathered there for prayer. In complete astonishment they observed how the Grand Master came out of nowhere, kneeling down and holding the chalice in one hand and the True Cross in another, accompanied by three terrified Muslim soldiers.

Eventually these three Moors converted to Christianity and faithfully served the Grand Master. The church in which he miraculously appeared was renamed to the Church of the True Cross (Vera Cruz). There were many additional miracles, including the story of an unbelieving carpenter who wanted to make a replica of the True Cross, but was unable to do so because the relic kept changing its dimensions.

See also:
How can I become a Templar?

Chapel in the woods, by K. F. Lessing
Templar armor (a Polish legend)