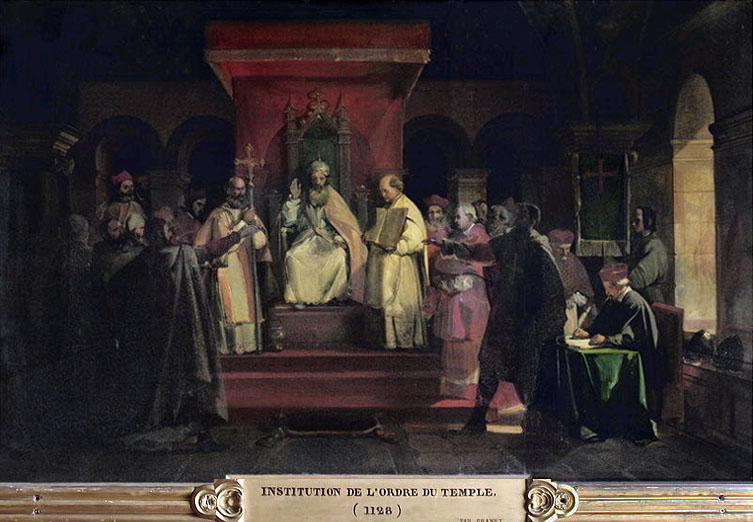 At the Council of Troyes in 1129, Pope Honorius II approved the creation of the Order of the Knights Templar. The Latin rule (Regula pauperum commilitionum Christi Templique Salomonici) was accepted as the basis for the Order’s operations. Sometimes the date given for this event is 1128. Could it be because January 13, 1128 was Friday? 🙂 Regardless, a very important event in Templar history. It was depicted by the French painter François Marius Granet in 1840. I believe the original is now in Versailles. Maybe not much in terms of art history, but a treasured scene for those in the Knights Templar world.