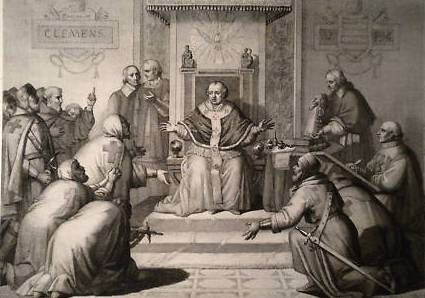 This engraving by Tommaso de Vivo is one of pleasant surprises found in Processus Contra Templarios. There are several very nicely printed images, carefully placed between pages in special envelope-style protective sleeves. The original title of this piece is “Clemente V interroga 72 Templarios”. The scene depicted probably did not look like that in real life, but Clement did in fact interrogate 72 Templars. I think de Vivo was sympathetic to the Pope, because he looks like a benevolent monarch trying to make sure that his subjects are treated kindly and fairly.

It is, of course, very funny to see the accused Templars showing up at the Pope’s residence in full uniform, with swords at their sides. I sure hope that not all of the 72 knights were in battle gear. Otherwise they would have taken the Pope hostage.

Anyway, really wish I could find a better image of this engraving. 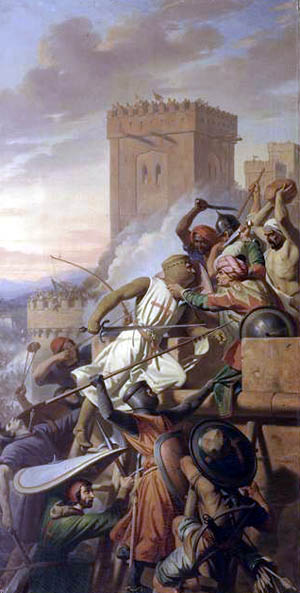 The question of course, is : “Why is there a Knight Templar present at Marra, some 20 years before the founding of the Order?” It would not have been unlikely for a Crusader to have a red cross on his tunic. However, the fact that the tunic is white makes me believe that this is an anachronistic detail. The whole thing becomes too funny if you look at the cover of “Jacques de Molay : Le crépuscule des templiers” by Alain Demurger (pictured below). END_OF_DOCUMENT_TOKEN_TO_BE_REPLACED 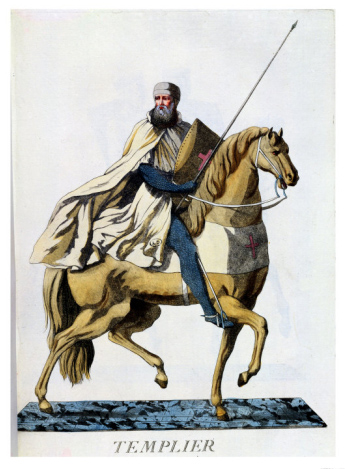 Templier en habit de guerre a cheval (1783). Mounted Knight Templar in battle gear. Really, not bad for the late 18th century, especially if you consider the image I posted earlier. Perhaps the horse does not look capable of carrying a knight in full armor. 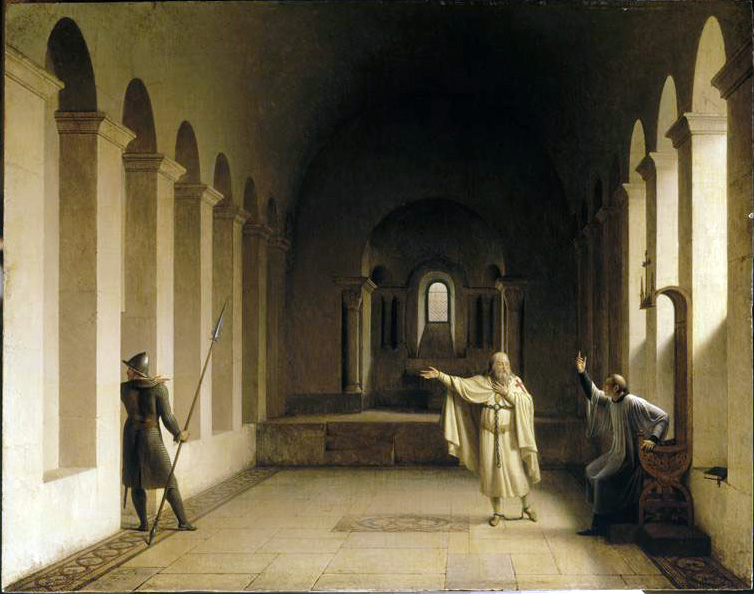