Kaye Miller-Dewing has a series of Templar-themed paintings. She kindly permitted me to display some of them on my site. Please visit her website for more images: www.kamide.biz. 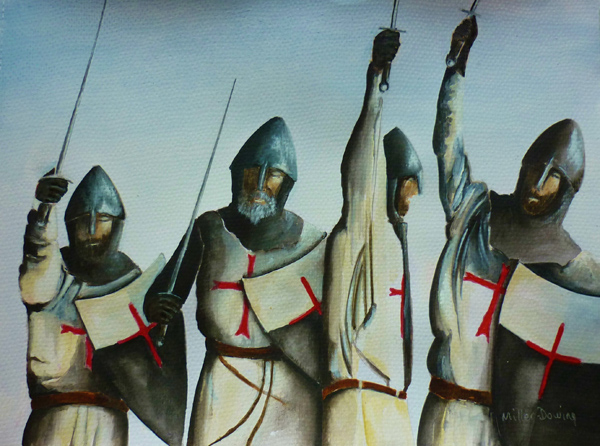 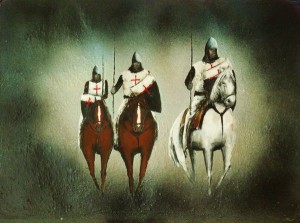 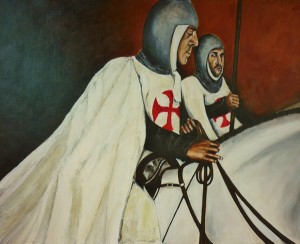 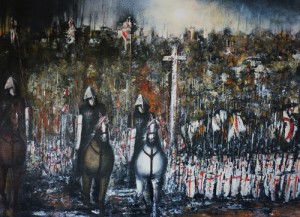 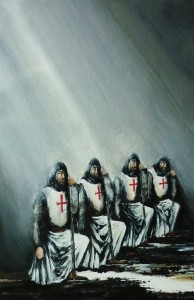 This mid-19th century image is from a larger engraving devoted to religious orders. I have seen the author identified as “H. Honeck after G. Heck.” The importance of the Knights Templar was clearly recognized by placing them in the middle of the page. Curiously, the Knight of Saint John is shown donning a uniforms from a much later time. At the time of writing, this engraving is available on Ebay. 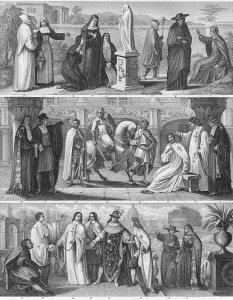 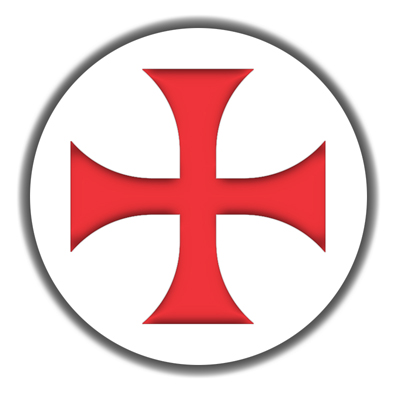 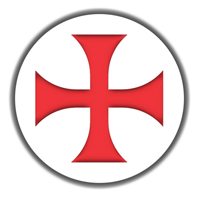 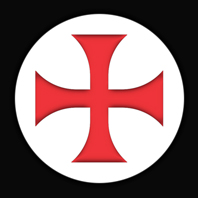 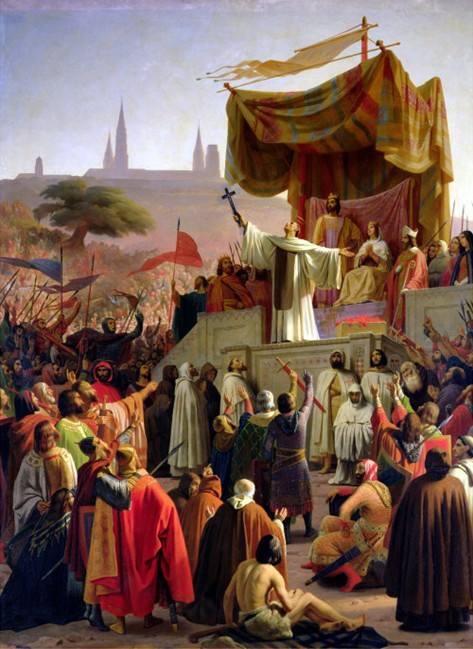 Émile Signol (1804 – 1892) is a French painter who maintained neoclassical bearings throughout his entire career during the period when Romanticism was prevalent in European art. Several of his works were dedicated to events of the Crusading era, including the capture of Jerusalem in 1099 by the Franks.

St. Bernard Preaching the Second Crusade in Vezelay, 31st March 1146 was created by Signol in 1840. The painting illustrates the emotions caused by the loss of Edessa in 1144. After almost half a century of relative peace, Western Christians faced a serious crisis in the Holy Land. The Second Crusade, vehemently defended by Bernard de Clairvaux, the “God father” of the Knights Templar, was the most massive military campaign in the Levant after the First Crusade. Although the crusade was unsuccessful, the Knights Templar demonstrated their superior discipline and skills — less and two decades since the Order was officially recognized by the Holy See.

The composition of the painting is dominated by the popular preacher himself, clad in white, but another focal point is a box filled with bright red crosses – ready to be sown onto clothes by those choosing to join the expedition. Directly underneath the box there are several Knights Templar. Directly above the box one can see Eleanor of Aquitaine, whose meek statuesque appearance resembles Virgin Mary, deeply revered by both St. Bernard and the Templars. Many in the crowd are raising their hands, showing willingness and commitment, as if reaching for one of the red crosses.