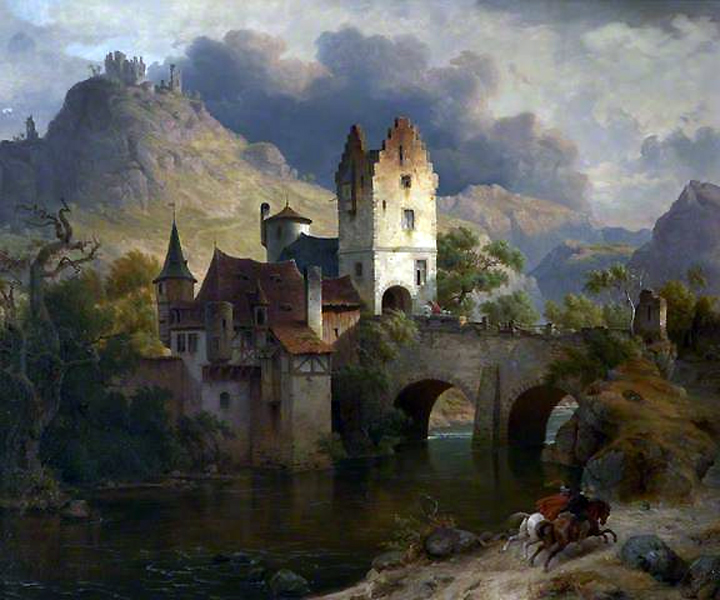 An excellent romantic landscape by Heinrich von Rustige (1810-1900). The name of this painting is “Horsemen returning” (1851), but there is a lot more to it. It is difficult to imagine where the horsemen are coming from, but their goal is the old castle by the river. In my opinion, this castle symbolizes a daring escape from the modern world, while not completely losing touch with it. The building is lit by the sun, and the malformed tree representing chaos and earthly powers does not reach its walls. The castle is a place of comfort and safety, but it is far removed from the heroic past, evoked by the ruined fortress at the top of the mountain which still dominates the place. 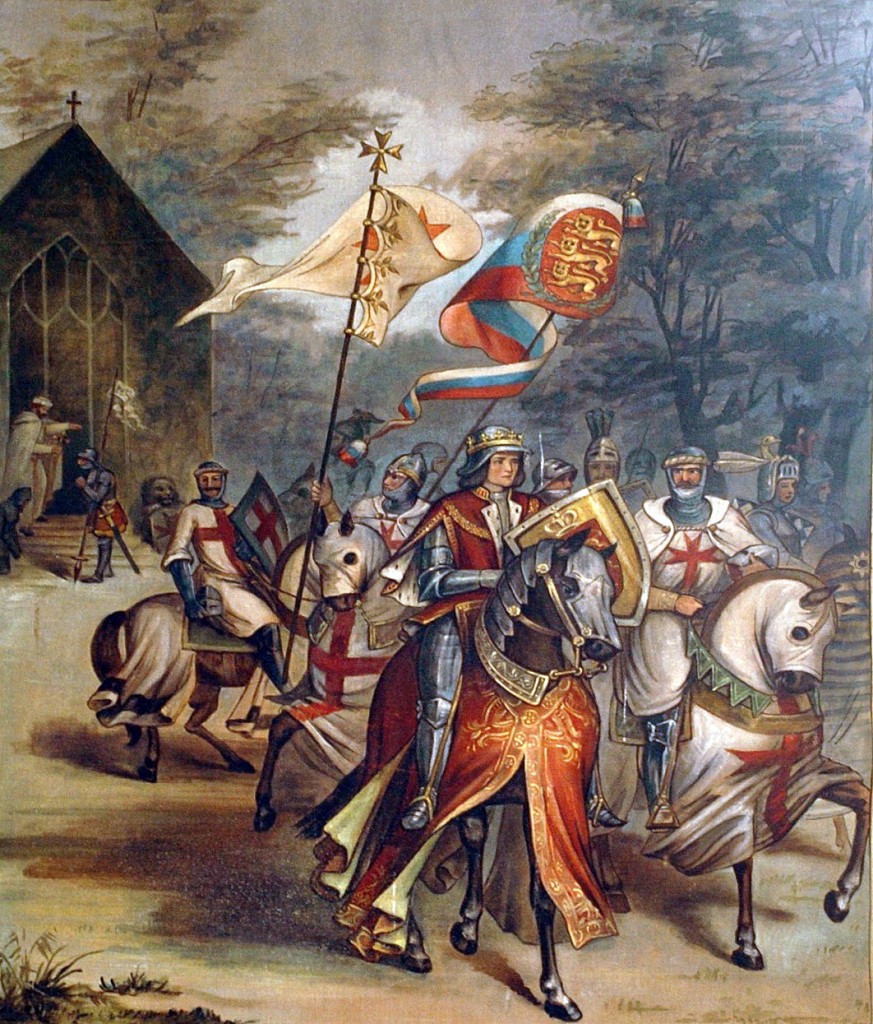 This painting is from Rothley Chapel, an ancient Knights Templar location in Leicestershire. This particular art piece must be from the late 19th century when the church was renovated. The style also resembles book illustrations from that time, but I have not been able to establish the author. 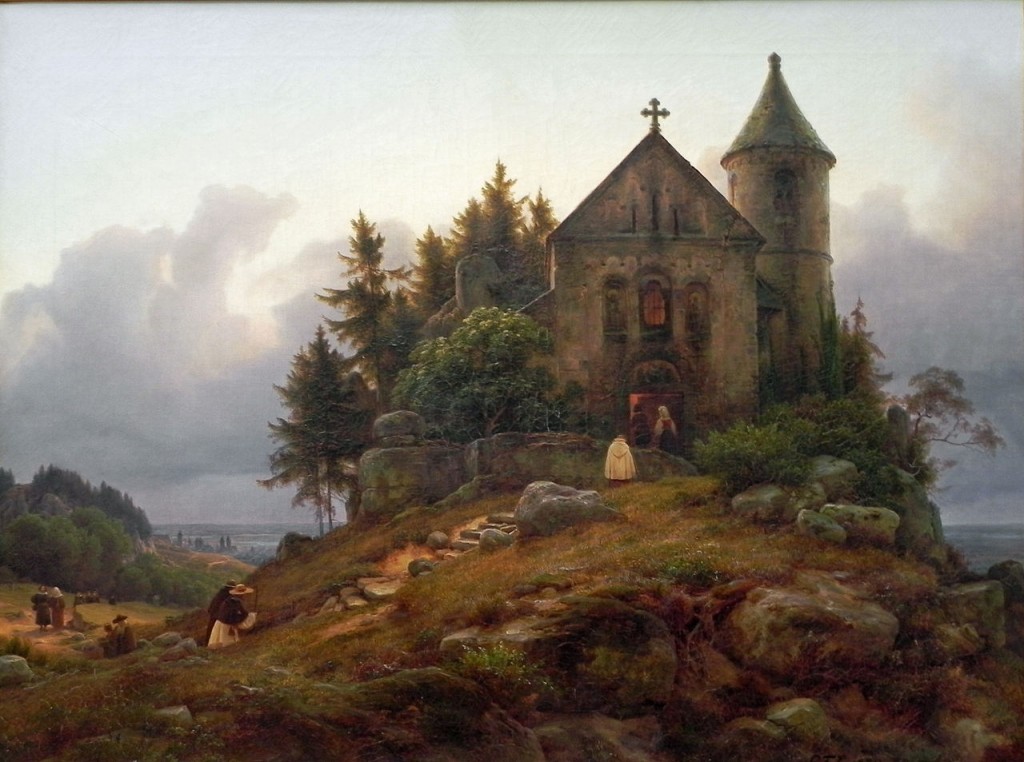 Another fine work by Karl Friedrich Lessing (1808 –  1880), a German historical and landscape painter. The title of this piece is “Die Waldkapelle” (“A Chapel in the Woods”). It would be interesting to find out whether this little church still exists.

On the surface, this is a typical Romanticist landscape. Note, however, the deep symbolism present in the painting. The church sits on a rocky and cavernous terrain, indicating dark and mysterious subterranean forces. The surrounding woods symbolize growth and enlightenment from above. The plains that the church overlooks are overshadowed by ominous clouds, and yet the skies above are bright and clear. Candles are lit inside the chapel. People are walking up from the valley, along the path that leads inside the church. They are ascending towards God and salvation.

By the way, “The Last Crusader” by the same artist features an old Knight Templar, returning from the Holy Land. 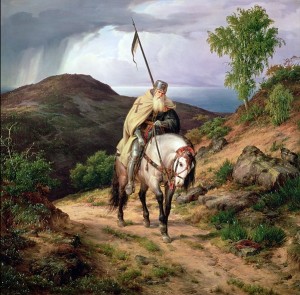 Karl Friedrich Lessing (February 15, 1808 – January 4, 1880), a German historical and landscape painter, was a grandnephew of Gotthold Ephraim Lessing, famous playwright and philosopher. K. F. Lessing grew up in Silesia and was very much influenced by its romantic countryside, ancient towns and castles. His family originally did not approve of his artistic inclinations, but he was able to established himself as a successful painter by the time he was of 17. Lessing’s landscape paintings were published by leading German magazines. Later on he began to address historic themes in his art.

“Der letzte Kreuzfahrer” (1835), often known in English as “The Return of the Crusader” depicts an aged knight, returning from the Holy Land. The red cross on his mantle and the black and white banner clearly show that he is a Knight Templar. 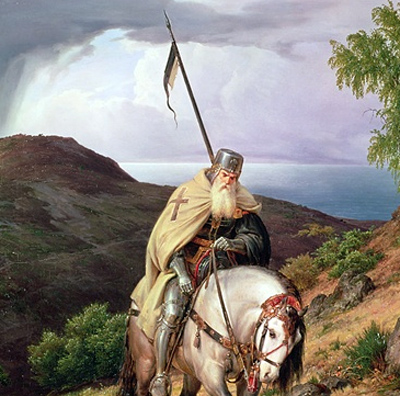