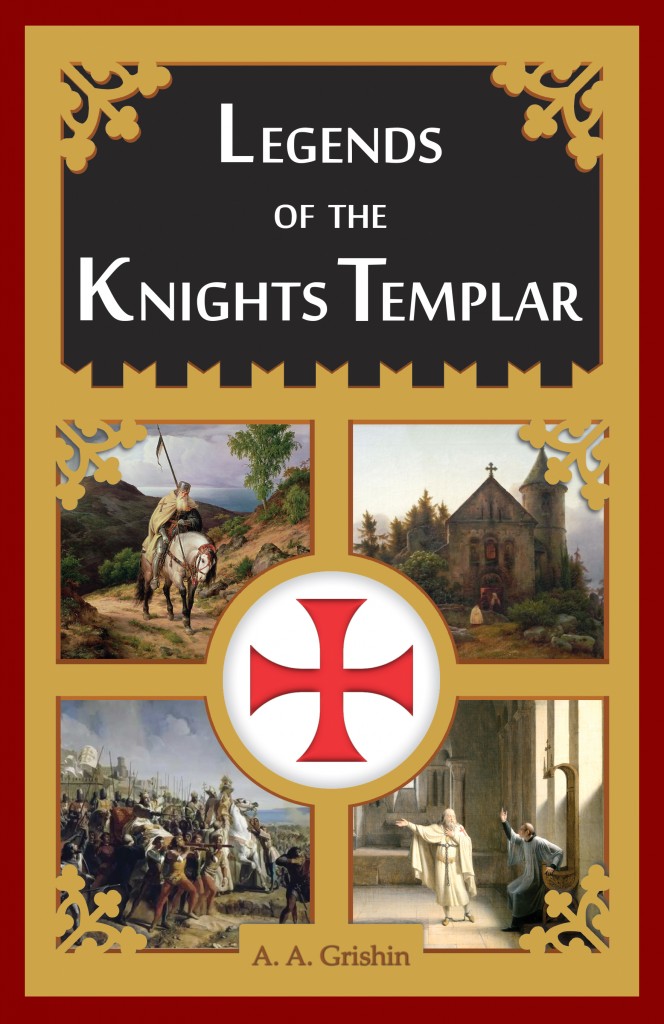 Michael Haag is the author of the bestselling book “The Templars: The History and the Myth: From Solomon’s Temple to the Freemasons” published in Britain by Profile Books and in America by Harper Collins. Michael recently returned to the inexhaustible topic of the Crusades with “The Tragedy of the Templars: The Rise and Fall of the Crusader States.”

“Legends of the Knights Templar” by A. A. Grishin is a remarkable collection of history, folklore and literary works drawn from often obscure sources in French, Spanish, Italian, German, Polish, Czech and Latin, many of them never before published in English. Not that Grishin has overlooked more familiar tales about such things as the burning and revenge of Jacques de Molay, the mystery of the Templar fleet, Rennes-le-Château, the battle of Bannockburn and the Templars in America and Ethiopia, but he takes us into new and weird territory.

There is the headless Templar who haunts the streets of Prague and can be seen at night if you know where to look. Nobody knows why he lost his head, but we do discover that Templars not infrequently lost their heads over women, giving rise to a number of stories devoted to good old fashioned bodice-ripping and romance. But there are also tales of the macabre, for example Hugo de Marignac who sets aside his vow of chastity and pursues the woman of his desire by giving her a statue which is actually the embalmed body of his rival. Even more creepy is the story of the skull found between the legs of an exhumed noble woman of Sidon which became a Templar talisman in battle and had the power to sink ships at sea, perhaps the origin of the skull and crossbones.

Grishin’s book is a wonderful cabinet of curiosities that will inform and delight anyone eager for fresh and startling material on the Templars.

A missed tournament
Blessing of a sword