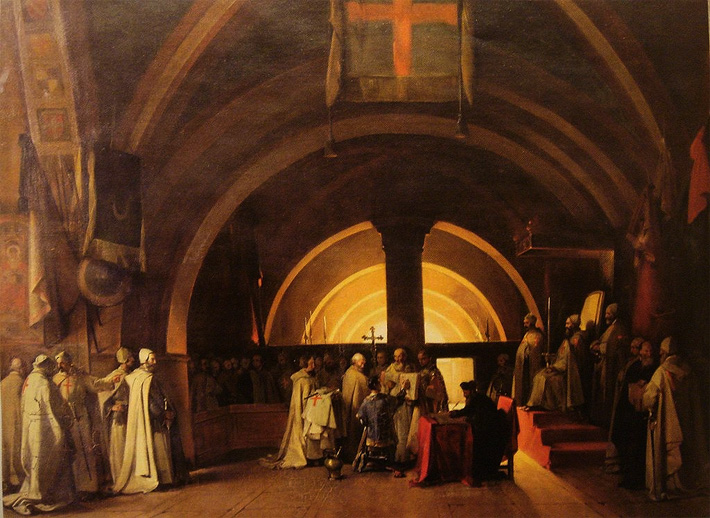 Initiation of Jacques de Molay at the Beaune commandery in 1265 by François-Marius Granet(17 December 1775 – 21 November 1849). A discerning eye might find some neoclassical influences in Granet’s works. As far as resemblance to the actual event, it is almost certain that the depiction is purely hypothetical. This painting is sometimes erroneously believed to describe de Molay’s elevation to the rank of the Grand Master of the Knights Templar. It is very clear that the brother on the left is holding the newly created Templar’s mantle and sword, while the initiated is wearing civilian clothes. 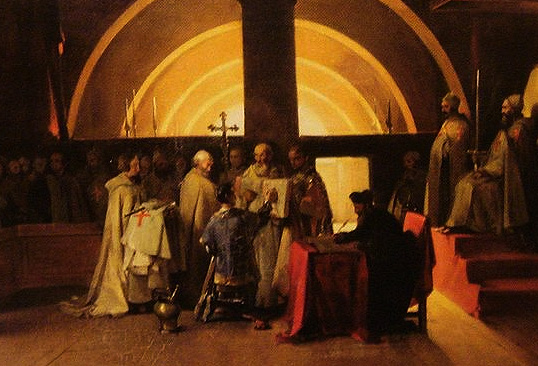