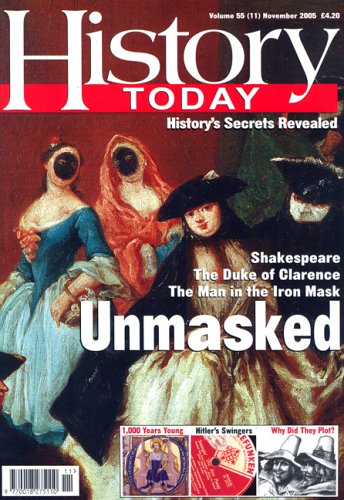 In 1994, the UK-based magazine “History Today” published an article by Helen Nicholson: Saints or Sinners: The Knights Templar in Medieval Europe. Helen is one of my favorite Templar researchers. The article is a short synopsis of the Knights Templar history. You will have a hard time finding something as nicely written and concise. It is also great to see that the magazine’s archives go back so far!

Granted, the article was written before the discovery of the Chinon parchment, which in my opinion complicated things a bit. But Helen’s conclusion warms my heart:

From the evidence, the famous, shocking charges brought against the Templars in 1307 were unknown before 1300. The order was certainly guilty of Fraud and unscrupulous greed, but so too were other religious orders. The brothers’ real crime was their failure to protect the Holy Land after claiming to be solely responsible for its defence.