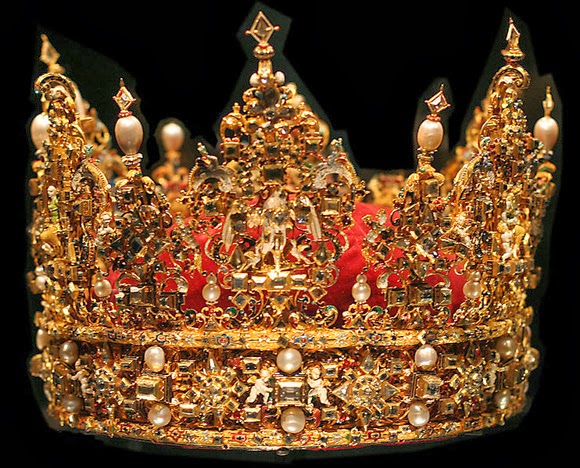 This story can be found, along with many other fascinating tales, in the book called Legends of the Knights Templar. This particular piece is very notable, because it tells of a very rarely discussed legendary artifact, King Melchior’s golden diadem. This miracle-working object supposedly belonged to the Knights Templar, prior to being lost forever after the Order’s dissappearance.

John of Hildesheim (born c. 1310-1320, died in 1375) was a Carmelite monk best known for his popular Historia Trium Regum (History of the Three Kings). This book relates the story of the Three Magi who came to worship Jesus Christ in his infancy. John’s original text includes an interesting twist, overlooked by Templar historians.

According to chapter IV of Historia Trium Regium, in the “Land of Ind,” there was a mountain called the Hill of Vaws, or the Hill of Victory. Ever since the times when Israelites came out of Egypt and conquered the Promised Land, the keepers of this hill watched for anything unusual in the West. The purpose of this outpost was mainly to prevent a sudden attack on the Land of Ind, but it was on this hill that the Star announcing the birth of Christ was first observed.

After the Three Kings of Ind, Chaldea and Persia had made their famous journey to Bethlehem, offering gold, frankincense and myrrh to the newborn Messiah, they made a pact to return to the Hill of Vaws once a year. They also chose to be buried there. However, the relics of the Three Kings were destined to be transferred out of that area: first to Constantinople, then to Milan, and, finally, to Cologne. Still, the Kings’ legacy lived on in that land, and the “progeny of Vaws” was respected throughout the East. Around the year 1200, a delegation of noble men of Vaws came to visit the flourishing city of Acon (also known as Akers or Acre). They brought many gifts, including a golden diadem which once belonged to Melchior, the King who offered the gift of gold to the infant Christ. It was adorned with crosses, Chaldean letters and stars (a reminder of the Star of Bethlehem). Through the merits of the Three Kings, this diadem was given miraculous powers by God. It healed diseases in humans and cattle alike, and it was said that placing the diadem on the head of an epileptic cured him entirely.

According to John of Hildesheim, the Order of the Knights Templar and personally the Grand Master got a hold of this crown, along with many other valuables, treating it as great treasure and making ample use of it. After the dissolution of the Order, the diadem became lost, causing lamentations throughout the lands for a long time (magnus planctus fuit in terris per tempora multa).

Interestingly, John of Hildesheim asserts that the “progeny of Vaws” also brought to Acre many books written in Hebrew and Chaldean, describing the lives of the Three Kings. They were translated into French and became the source for Historia Trium Regium. This obviously legendary claim is curious, because it links the Knights Templar to knowledge originating in the East, a very popular modern belief.

This story is very rarely told, so one almost feels privileged to even know of its existence. King Melchior’s diadem, if it ever existed, should be listed among such artifacts as the Holy Grail and the Spear of Longinus. There are no books or movies where this diadem is mentioned, but maybe this will change one day?

P.S. The crown pictured above is not the actual artifact 🙂

The true story of Roger de Flor, a Templar and a Pirate.
The Ghost of Maryculter