Seems as if this is being done for the Maltese television. They sure are trying to make the Templars look as if they were weird blood-drinking sorcerers. Can this interpretation be due to the still lingering rivalry between the Templars and the Knights of St. John (a.k.a Hospitallers)? 🙂

The fortified city of Mdina came under siege over the weekend as the Knights Templars engaged took on the Turks, under the scorching sun… and the cameras.

The football ground in Mdina doubled as the set for a scene from the last episode of the TV series Miriana Coljerò, which will air on One TV in the coming weeks.

About 40 extras in period costumes defended the old city, taking breaks from the “gruelling battle” that lasted several hours.

The TV series recounts how the Templars, whose privilege was that the first-born child inherited immortality, used to drink human blood as part of their ritual. The story continues that the Templars became evil people when they started killing innocent victims and drinking their blood to become more powerful, the scriptwriter and director of the series, Mark Doneo, explained.

Apparently, for fear of being outdone by their Maltese counterparts, NBC decided to produce a miniseries with a Templar theme. It is to be based on Raymond Khoury’s novel “The Last Templar”.

Mira Sorvino is to star in this series as an archeologist searching for the Knights Templar. It seems as if I finally have to read this novel. 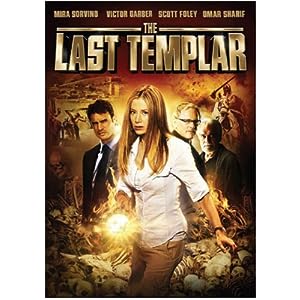 I haven’t researched the promises and premises of this project personally (it seems to needlessly bring vampire stories into the realm of Templarism), but this comment is truly precious:

Besides, this movie will just lead to many guys showing up at the Renaissance Faire dressed as Knights Templar, but packing stakes and garlic alongside their swords. Yeah, that matters to me. I don’t lace myself up in a corset to see guys in painted bedsheets, you know.