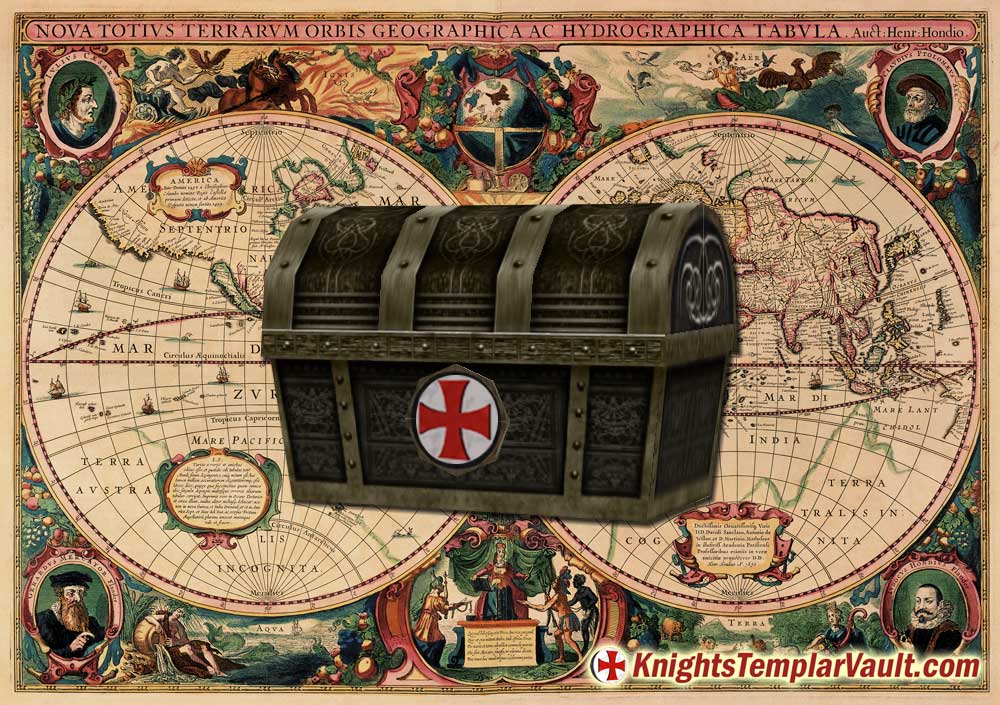 Somehow, however, the actual original account (which exists and is available in Latin) where this story comes from is never quoted. So, here is your chance to find out how second hand history happens.

In the summer of 1308, a large group of Templars were brought to Poitiers to satisfy the Pope’s wish to have them interrogated by his officials, rather than the king’s men. Many of these knights were known to be cooperative and some apparently held a grudge against the Order. The interrogations went without a hitch and an absolution was granted to the knights. One of the men whose confessions were heard at Poitiers was Jean de Châlon. In a rather standard way, he spoke of unorthodox initiation ceremonies and especially pointed out that the Order’s officials were corrupt to the point that they demanded money from every initiate.

He also said that they (the Knights Templar) give little alms, and even turn to their own use much of what is received as alms. During all his time in the Order he has never seen anyone reprimanded in a chapter meeting. They rashly abused papal ordinances and in any given preceptory there were clerics at their command who harrassed many people. He also said that the leaders of the Order, having foreknowledge of this infamy, fled and that he himself met Brother Girard de Villiers leading fifty horses and then heard someone say that he sailed out to sea on 18 galleys, while Brother Hugo de Châlon escaped with the entire treasure of Hugo de Pairaud.

Did you notice anything missing? There is no mention of La Rochelle! This port (its Latin name is Rupella) is simply not present in de Châlon’s testimony. Thus far I was unable to figure out who and when first linked La Rochelle to the 18 galleys that this knight talked about. So, while every amateur Templar historian is trying to guess where the ships went after leaving La Rochelle, it is highly questionable that this departure ever occurred in the first place. Even if we assume that the Knights Templar were able to secure 18 galleys for this voyage (which is extremely unlikely), they could have left from any harbor in France. It is true that La Rochelle has been known for its Templar presence, but was that necessarily a good thing if you are trying to escape notice?

It is also important to remember that de Châlon only claims to have seen Hugo de Villiers in charge of a large cargo. He was not an eyewitness of the ships’ departure. Furthermore, de Châlon’s confession in Poitiers was not supposed to be a big reveal of where the treasures went. The knight is simply using this story as further proof of his superiors’s corruption. There is certainly no implication being made that the Order’s possessions were being transported for the sake of keeping the Knights Templar alive and finding a new base for their operation. But it is also evident that de Châlon held a grudge against his organization. In that sense, his information is somewhat believable, even though he was only partially an eyewitness to the events that he described.